One Giant Leap for Hologramkind

In what’s easily 2019’s coolest use of AV technology, the Smithsonian is projecting a giant holograph of a Saturn V rocket onto the Washington Monument this week; on Friday and Saturday it’ll come to life and recreate the launch of Apollo 11 in 1969.  Wish I could be there to see it (especially since I’ll be at Boy Scout summer camp instead!) but it’s awesome that they’re doing it at all.  And kind of appropriate as Gen. Michael Collins was both the Command Module pilot for Apollo 11 and later the director of the National Air and Space Museum. 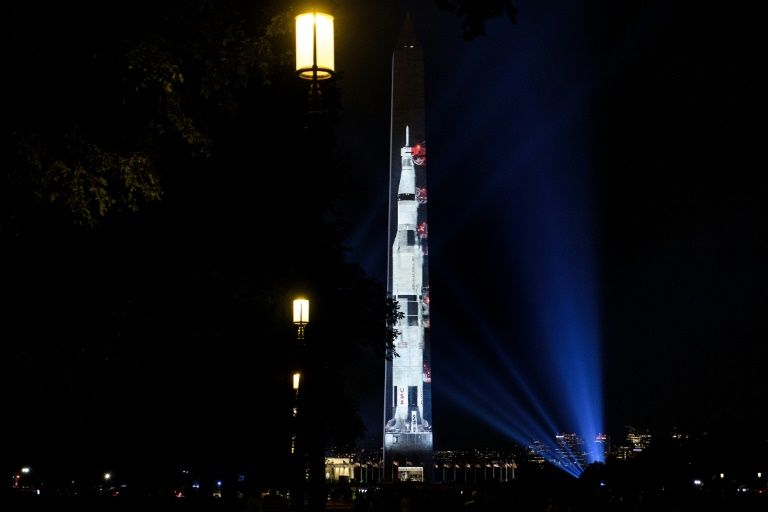 I don’t have a lot more to say about the first moon landing that I didn’t already say in my 40th anniversary post, except that in the intervening 10 years (!) we’ve seen the death of Neil Armstrong, the end of the Space Shuttle program and more promises for the human exploration of space that may or may not ever come to pass.  Hopefully we have some awesome adventures in space ahead of us, but in the meantime it’s worth pausing to remember what we’re capable of doing at our best.