One of the (many) joys of my childhood was The Sailor Bob Show, a locally produced children’s program with puppets, skits, cartoons and (best of all, for me) lots of drawing. The main attraction, though, was host Bob Griggs, a former cameraman who took a job nobody else wanted and transformed it into a local legend, endearing himself to generations of young viewers. If you lived within reception range of Richmond-based TV from 1959 to 1975, the name “Sailor Bob” can’t help but bring a smile to your face. 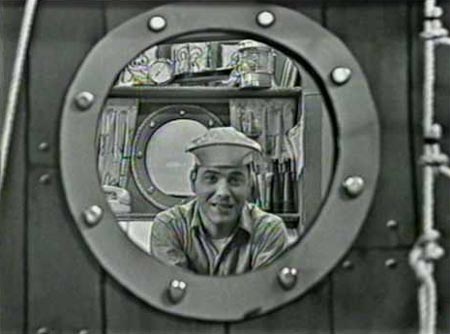 What I remember most about Sailor Bob is the kindness and gentle humor he projected on camera, and which from all indications are native to the man himself.  I loved Captain Kangaroo, but it wasn’t the same.  Mr Rogers just gave me the creeps; with his, “Don’t worry, you’re okay just the way you are” routine, it always felt like he was talking to fragile kids with damaged psyches, victims of divorce or abuse maybe.  I didn’t want a social worker, I wanted a pal, and that’s what Sailor Bob was.

The character was created in 1959 for the sole purpose of introducing Popeye cartoons — and filling up the time between them — but in short order Sailor Bob became the real star of the show as far as kids were concerned, bantering with puppet pals like Gilly Gull (a wise-cracking seagull who flew a plane and wore an old-style flier’s cap and goggles), Mr Mouse, Bluebird and Sterling the Sea Serpent, showing off pictures drawn by young viewers and cranking out sketches as music played in the background.

No doubt it was that last part that won me over; for most kids, conjuring a drawing from thin air onto a blank piece of paper is the purest sorcery.  If ever there was a truly “magic marker” it was the one Sailor Bob held in his hand, wiggling it over the page before every stroke as if trying to restrain it from leaping out of his hand with a mind of its own to cover the whole set in drawings.  My own love of drawing likely began with the show, and to this day I’ve yet to meet a kid who doesn’t treat me as something of a magician when I’m able to draw him or her a requested character on demand.  When the Sailor Bob Show was forced off the air (temporarily) by a new station owner, Griggs became the weatherman on the evening news and used his marker to turn the digits in the day’s forecast temperature into cartoon faces and figures.  For years I amused kids by challenging them to give me a number, any number to turn into a picture, and only recently did I realize I’d stolen that trick from Sailor Bob, too.

Around 1974 or so, Sailor Bob made an appearance at the State Fair and my brother and I took advantage of the opportunity to get our picture taken with him, as thousands of other kids had done at fairs and parades and public appearances since the early 60s. That’s me on the left in the groovy vinyl jacket. 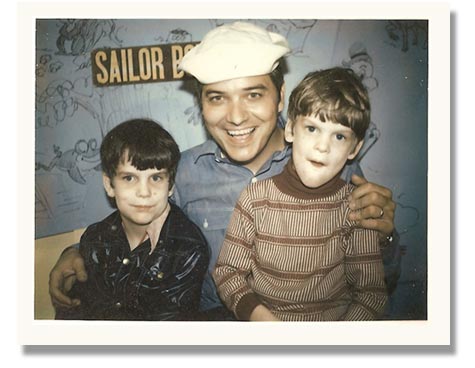 Is that a great smile or what?  Not me, I’ve got a dorky grimace going, and Tim looks like he’s swallowing his tongue, but Sailor Bob always had a million-watt smile, as if sitting there with two kids he just met was the highlight of his whole week.  I’ve seen lots of other people’s pictures with Sailor Bob, and it’s always the same smile; I don’t know how he did it, but it always looks so genuine.  He must’ve seen thousands of kids a day just at the State Fair, and I bet for every one of them he had the same greeting, like you were his best friend and he’d been waiting all day just for you.  Which of course is exactly the reaction every kid hoped for; we were convinced that guy in the little glowing box was talking directly to us every day…surely he’d recognize us when we met in the flesh.  And darned if he didn’t!  Magic.

On January 22 I was lucky enough to attend a premiere of a new documentary on the Sailor Bob phenomenon at another Richmond landmark, the Byrd Theater.  I took the boys along to see what all the fuss was about back in the day, and to experience an 80-year-old movie palace into the bargain. 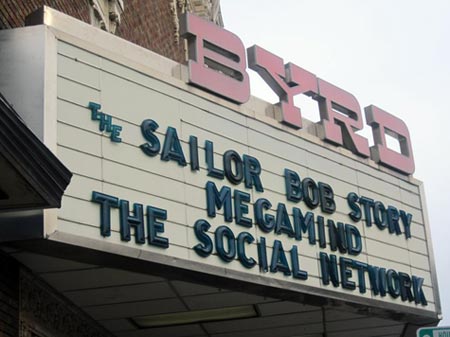 I understand the Byrd holds 1300 people, and I can tell you the place was packed.  All around us were 40- and 50-something “shipmates” who’d grown up with the show, a good number of them wearing the souvenir sailor hats they’d acquired as kids at one of Sailor Bob’s many public appearances.

The film itself was a joy.  I had the good fortune to work with director Paul Roberts last year (on another project) and he’d told me there was a treasure trove of vintage clips included, but I was unprepared for just how much there was.  Back when the show first aired, it was practically unheard-of for local programs to be preserved on tape for any length of time — the practice being to re-record over the same tape stock repeatedly — but somehow not only the show itself but also behind-the-scenes footage of the show in production have survived the years, apparently rescued by Mr Griggs himself decades ago and kept at his home for decades.

Another surprise was how well the material holds up.  Nostalgia tends to whitewash reality, but the show actually had remarkably strong production values for one produced for a local market, and on a shoestring budget.  Also, the show was really funny in a genuine and unforced way, and incredibly according to everyone involved, it was all improvised, without a single script.

Jason and Scott seemed suitably impressed with the theater, and while they were prone to squirming in some of the interview segments — 90 minutes is a long time for a kid to listen to old folks reminisce —  whenever a clip from the show came on, they were on the edge of their seats, hanging on every word, laughing at every joke and gawking wide-eyed at the cartooning segments, just as all the former kids seated around them had done all those years ago (and did again, on Saturday).

For us geezers in the audience, there were glimpses of the Richmond that used to be…Southside Plaza, the Tobacco Festival parade down Broad Street, Nolde’s Bread, Kelly’s Restaurants, a Colonial Store supermarket and TV horror-movie host Bill Bowman (aka “The Bowman Body”).  And, best of all, Mr Griggs himself, waving down to us from the balcony with the same smile we remembered. 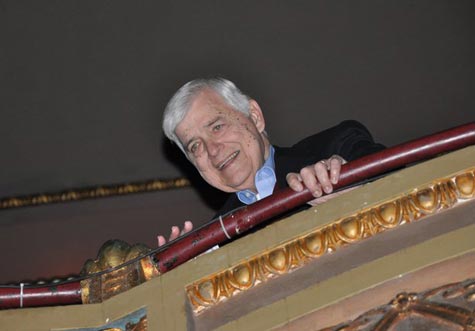 After the show, I posted my praise for the film on Facebook, and that Monday a co-worker approached me and said he’d seen my comment; he was there, too, he said, and he went on to gush for a good 15 minutes, beaming, “I’m still pumped up!” And he was.  There’s got to be something positive to a show that can get us former kids so excited forty years on.

All in all, it was a great trip down Memory Lane, and all the more enjoyable for being able to share it with the boys.  I wish there was a show like Sailor Bob on today for them to watch, but for now maybe I’ll settle for just taping up the “12 Rules for Good Shipmates” and hoping they follow a few. 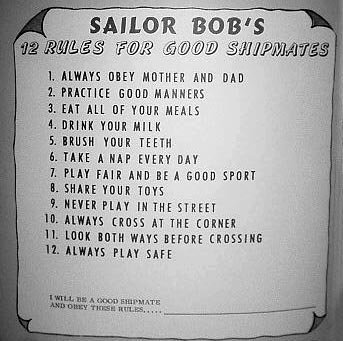