Yesterday was a bit chaotic, so I missed posting birthday well-wishes to William Shatner, who turned 90.  Better late than never, I guess. 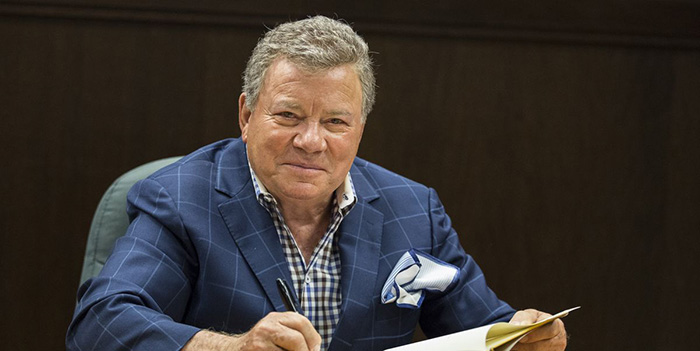 For a moment, I was going to type “actor William Shatner” or “Star Trek star…” but at this point, that’s not really necessary, is it?  At this point, he’s one of a handful of personalities as famous for being himself as for any role he’s played.  With a career that includes huge blockbusters and equally huge flops, delivering scenes and dialog that’ve become part of pop culture out of sheer awesomeness, abject silliness or both, Shatner’s managed to keep working and relevant longer than most performers.  Partly that’s due to his willingness to embrace his reputation as a quirky, eccentric personality, and have fun with it.  He’s also been quick to embrace new technologies and maintain an intellectual curiosity about many fields, displaying a youthful enthusiasm for what’s next instead of clinging to what was, which is probably a key to his longevity.

Of course there’s also all the stories from disgruntled co-stars or disappointed convention-goers who see the Shat as egotistical or rude.  But guess what?  I don’t care.  I don’t need to hang out with the guy, I just want to be entertained, and for most of my life, he’s delivered.  Sometimes as the dashing starship captain who was one of my biggest childhood heroes, sometimes in “so bad they’re good” movies like Kingdom of the Spiders or White Comanche, sometimes in cameo roles where he essentially plays himself, or a caricature of himself.  I even like some of his “music.”

If nothing else, he’s an example of how to live a long and productive life; at 90, he’s as active as ever, and as I’ve observed with other vital nonagenarians, the key to putting off your final stop is to stay in motion as long as possible.

In tribute to his on-screen originator, Captain James Tiberius Kirk has also been assigned a birthdate of March 22, so with this post I give a salute to both the actor and the captain.  You’ve both lived long and prospered; may you keep it up indefinitely.