Here’s some photos of the kids at “Military Through the Ages” event held in Jamestown, way back in March. It was a pretty cool event, with re-enactors playing the roles of everything from Roman Legionnaires to Medieval knights, Revolutionary War-era militiamen, IRA insurgents, German anti-tank crews, you name it.

I knew there were folks who were into re-enacting Civil War battles, but it never occured to me there could be similar fans of just about every period of military history.   There was lots of vintage ordinance on hand; some of the costumes were originals and others were homemade, but in most cases you’d be hard-pressed to tell the difference.   Judges wandered the grounds interviewing the presenters and rating them on historical accuracy and, I’m guessing, their ability to answer questions “in character.”   We missed a recreation of a battle late in the day, but by then we’d moved on to Yorktown for an artillery demonstration, so we weren’t complaining.

Here’s a shot of the kids watching the complicated and time-consuming process of suiting up for battle in the middle ages: 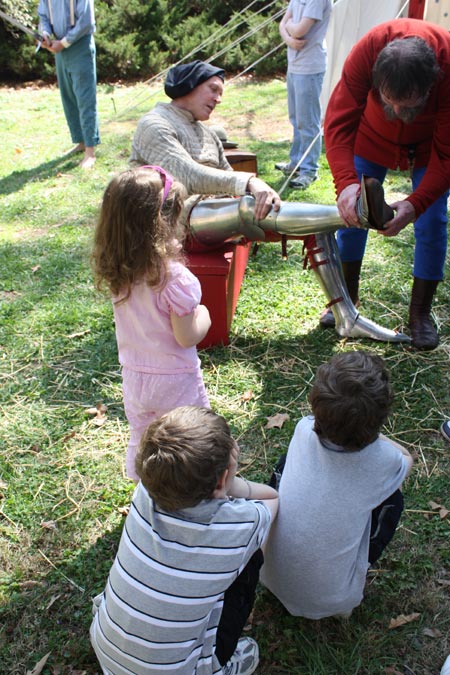 A few camps down the way, Scott answers the call to enlist in Rogers’ Rangers, and has his commission papers drawn up with quill and ink. 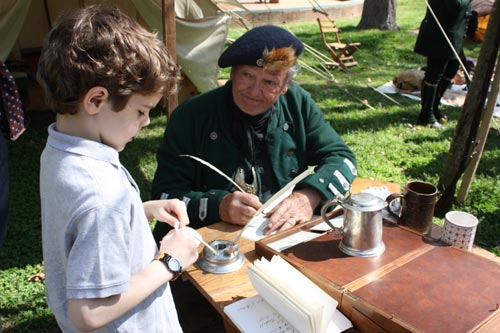 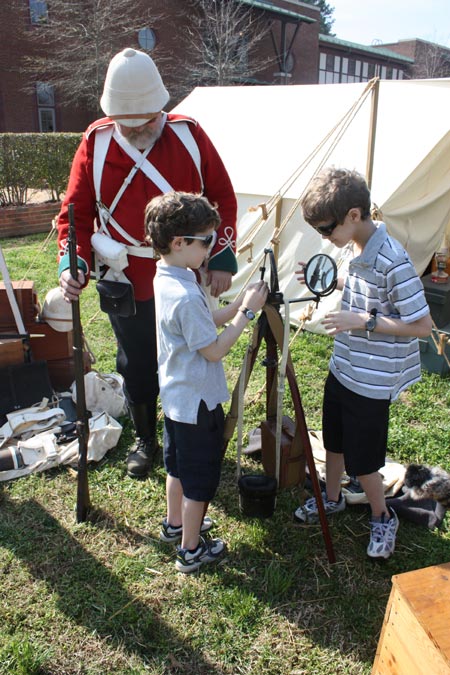 There were also “civilian” re-enactors on hand to show what life was like off the battlefield.   Here, Jason and Scott pause for a truly “old school” game of hoops: 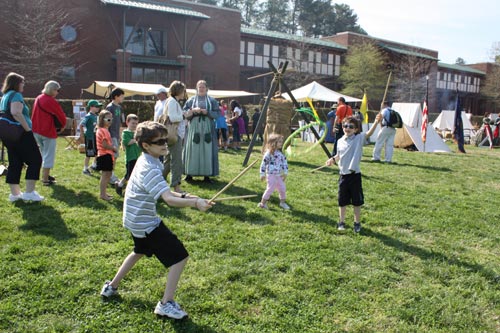 There were vintage Jeeps and other vehicles on hand, including a first-generation Volkswagon built for the German army.  But our girl Gracie’s on the side of the Allies, so here she’s stopping for directions to the front lines. That, or the picnic area. 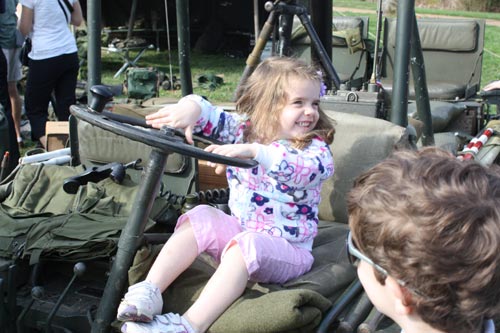 First, though, Jason has to sweep for landmines and make sure the route is safe. 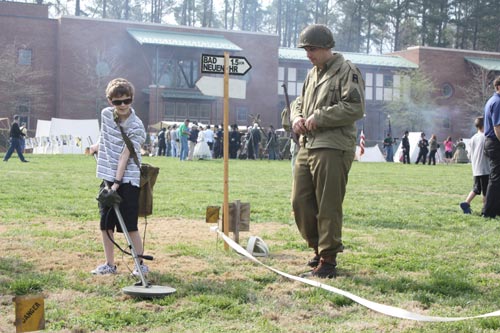 Having once more made the world safe for democracy, the kids confer with the Commander In Chief before heading back to the hotel. 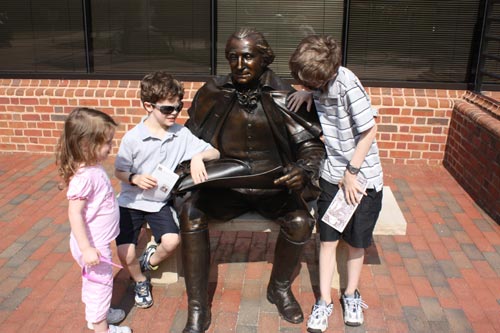 All in all, a fun day, especially since we had no idea it was even in the works when we made our trip to Jamestown.  We seem to luck into this kind of thing a lot on trips, but next year we’ll be sure to have it on our calendar ahead of time.