Okay, so let’s see if I’ve got this straight.  South Carolina governor Mark Sanford just flat-out disappears for five days, leaving no one in charge.  His staff, when pressed, “reveals” he’s gone off on a solo hike of the Appalachian Trail to clear his head and insists it’s no big deal.  But apparently he’s no outdoorsman, because he gets so lost he ends up in Argentina, where coincidentally he’s got a girlfriend on the side.

No doubt we’ll see all sorts of calls for investigations into Sanford’s actions, but maybe what’s really needed is a psychiatric evaluation.  Just how does a governor imagine he can simply go AWOL for days at a time and have no one notice?  And what makes a guy throw away his political future (he was mentioned as a GOP contender for the presidency in 2012) on an extra-marital affair?

And yet, he’s hardly the first, with Nevada Governor Jim Gibbons allegedly dallying with a former Playboy model, NY  Governor Eliott Spitzer caught with a hooker and Senator John Edwards possibly fathering a love child with a campaign staffer, just to name just a few recent examples.  What kind of woman could be worth throwing away your life’s goals?  And why do I feel like if I met the women involved, I’d be even more confused?  It’s almost like there’s something in the mental make-up of these guys who get so powerful and popular…like they’re purposely trying to self-destruct, as the only way to get off the speeding trains that are their careers.  Or maybe it’s just the opposite; maybe they figure they’re past the point where rules apply.

Well, at least one person is benefiting from the mad dash of the media herd down to Columbia, SC. Hey Rod, it’s safe to come out now! 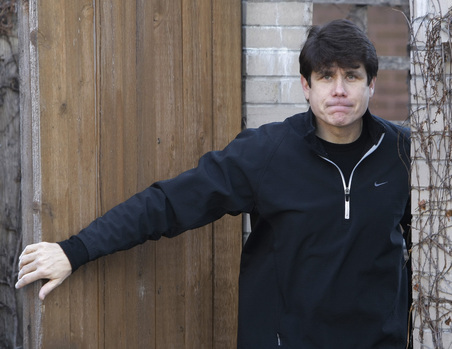 One thought on “Governors Gone Wild”