Sometimes I wonder why blogs aren’t so much of a thing anymore, and then I remember how often I update this one, which is almost never.  I guess it’s just too easy to share what’s going on in your life via 140-character tweets or a couple sentences on a Facebook page; writing a blog entry takes real effort, and who’s got time for it?  But I’m not on social media and have to desire to be, so here I am again.

Anyway, since the last time I posted here, Jason has headed off to UVA, first for a 6-week summer program as a Clark Scholar and, after a week’s break, back again for the Fall semester.  He seems to be enjoying his classes and the campus, so that’s cool.  Over the Labor Day weekend, he finally achieved a long-term goal to win the Virginia Closed chess tournament and become the state chess champion.  This brings him full circle from his Va Closed debut at age 11, where he won the Amateur title.  The UVA Daily newsletter picked up the story, and at this point it’s the most-read article of the semester. He has students recognizing him now and saying “Hi,” which can’t hurt, either.  Charlottesville’s NBC affiliate even did a short interview with him for their evening news broadcast. 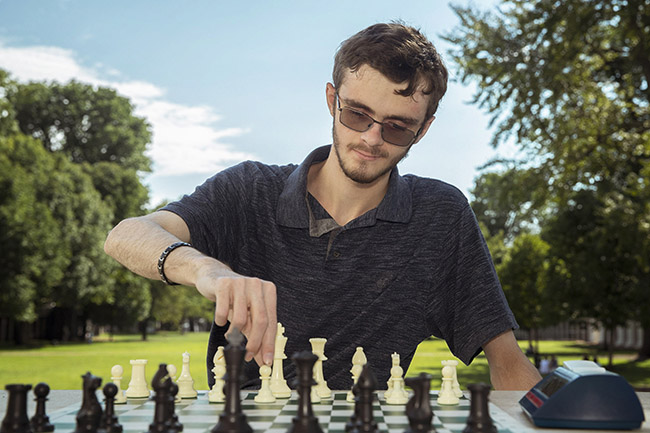 Somewhere in the midst of all this, Jason also achieved Eagle rank in the BSA, fulfilling an even longer-term goal.  On his way home from his first Cub Scout meeting at age 7, he asked me what was the highest rank in scouting, and when told it was Eagle, he said “That’s what I’m going to be.” Eleven years later, here we are.  For his project, he created an on-line chess instruction course to be availble, free of charge, to anyone who has an interest in the game but maybe not the funds to pursue it.  It’s hosted at the website of the Hampton Rhoads Chess Association.

Scott’s been taking online classes at the University of Arizona and has had just about enough of chemistry.  He’s also prepping for the PSAT next week.  He’s still playing guitar and keyboards, and for fun he’s been jamming with a couple of friends in the garage every few Fridays.  Last week we got to meet our new neighbor (a real princess) when she complained about the volume (at 5PM).  She didn’t bother to introduce herself, but to us she’ll always be “Karen.” Anyway I told Scott it’s a rite of passage; no one can really say they’re in a rock band until someone’s complained about the noise.

Grace celebrated her 13th(!) birthday last month and is adjusting to wearing braces. She and Laura have built an elaborate world in Animal Crossing and I confess I understand almost nothing of it. Grace and I have been bonding over “Doctor Who” and we are getting perilously close to the end of David Tennant’s run, so time will tell if she’s willing to stick with it after the utter tragedy of his departure or if it’ll be too painful to go on.

Laura’s back to teaching classes to Scott and Grace’s age groups, still on a strictly virtual basis as we’re not out of the COVID woods just yet.  Before the world turned upside down, she acquired eight old dining room chairs from an acquaintance and stuffed them in the crawlspace under the house to await re-upholstering, making for an exciting surprise for me when I went under there to retrieve a wheelbarrow.  The plan was to have enough seating to accommodate students on the days she taught, but then the world turned all-virtual, people stopped coming over and there the chairs remained, lurking in the dark to host meetings of the Council of Ghosts until about a week ago when they finally became someone else’s problem.  I was delighted to see them go, but sometimes I think it’d be cool to trace the “lives” of junk that passes from owner to owner.  Take for instance that Elvis portrait on black velvet that was gifted to me in jest when I left an old job and remained folded up in the garage for years until some guy greedily snatched it up at a garage sale like he’d found a Tiffany lamp for a buck.  I can still see the joy in his face when he paid for it, and the horror on his wife’s face when he showed it off to her before climbing into their pickup truck.

I’m now on a “hybrid” work plan, with my weeks split between time in the office and time at home.  On paper at least that plan is good for a year and may continue on when (if?) the pandemic ends, we’ll see. 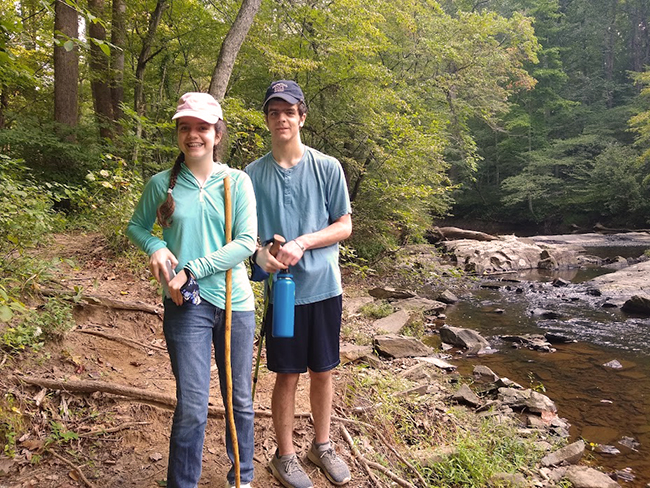 Also last month, we ventured out on a family camping trip to Prince William Forest National Park. It was a great break from routine and a treat to enjoy nature, bugs and all.  I know Scott misses our monthly camp-outs with the scout troop, but we’re just not ready to make that leap yet.

Okay, I guess that pretty much catches us up for now.  Hopefully it won’t be so long before I post again.  I pay the same for this domain whether I update it or not.  If anyone’s reading this, I hope your year is going well and you’re keeping safe.