Weekend before last, Jason, Scott and I traveled with Troop 800 to Sherando Lake park, near Waynesboro for a weekend of camping.  Jason’s chief goal was to fulfil his requirement to complete a 5-mile hike, which he did, in spades, since it turned into a little more than 8 miles by the time it was over.  We enjoyed a nice lunch by a waterfall and a couple evenings under beautiful, clear, starry skies (even if we were on high alert for bears the whole time). 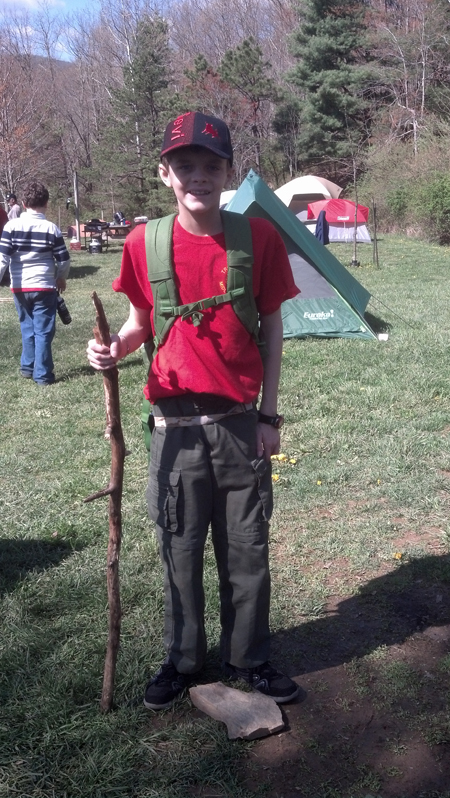 As plans were shaping up for the trip, I let Scott know he had a rare chance to come along, even though he’s still in Webelos.  When I told him it would be over two nights and parts of three days, he said, “I don’t think I want to go camping more than one night.  What are we going to do?”  We’ll be hiking.  “I don’t like to hike.”  I told him if he doesn’t like camping and doesn’t like hiking, maybe he should re-think the whole scouting thing.  As it turned out, he had a great time, including learning the art of lashing. 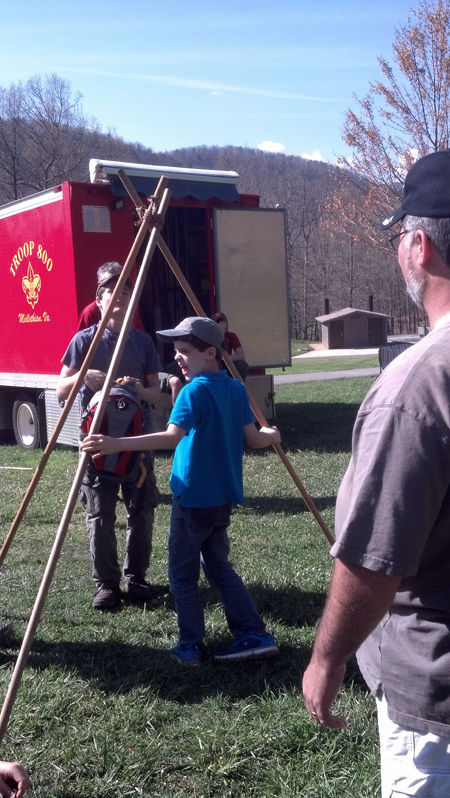 On Sunday, it was back to Richmond for the PBS “Explore the Outdoors” event, where we caught up with Laura and Grace, who’d spent the day before shopping and watching the new “Cinderella” movie with Granny.  Before the rain came to spoil the fun, Grace got to catch up with an old friend. 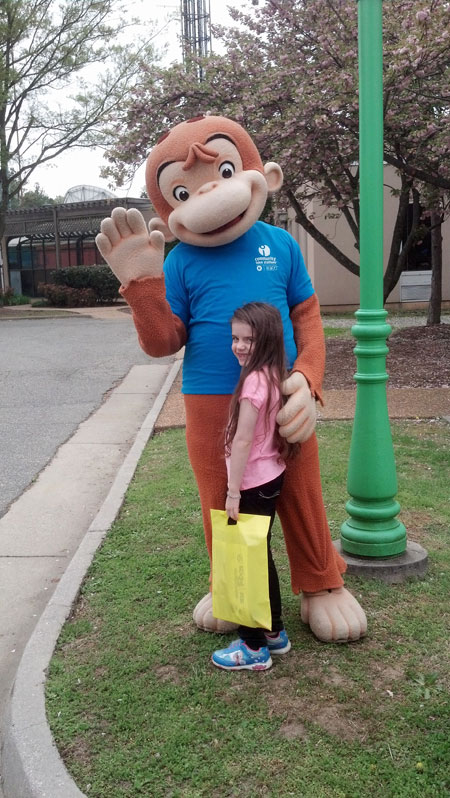