One of the key architects of the “Marvel Age of Comics,” Steve Ditko passed away last week at age 90.  I was going to write that he “left us,” but for most of his career he wasn’t really among us, choosing a life of privacy over celebrity, shunning conventions and interviews and earning himself (fairly or not) a reputation as a hermit and recluse, “the JD Salinger of comics.” Unlike his collaborator Stan Lee, who’s basked in the limelight longer than most people have even been alive, Ditko never seemed to feel comfortable in the public eye, preferring to let his work speak for itself.

It certainly spoke to me, and rather against the odds.  Young Me was a DC fan, whereas Ditko’s most notable works were produced for Marvel.  Further, I was a devoted fan of Neal Adams and the “realistic” approach to comic art that took hold in the Bronze Age, whereas Ditko’s style was pretty much the opposite of all that; quirky, cartoony and what you might call “oddball.”  Nonetheless, when I saw his work on “Shade: The Changing Man,” “The Creeper” and one of the million-and-one variations on “Starman,” it was oddly compelling. 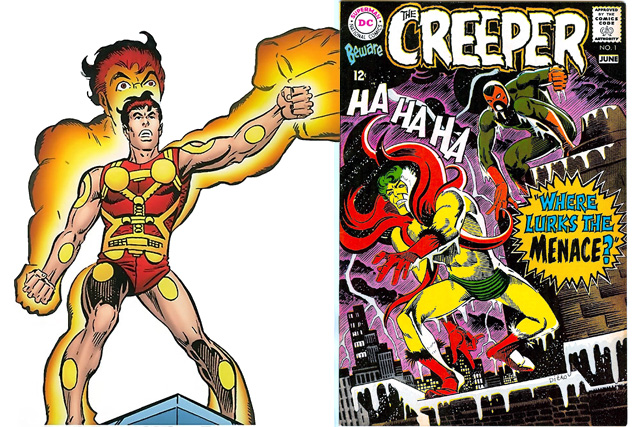 Some time in the late 70s, Pocket Books released a series of paperbacks collecting vintage Marvel comics in vivid color, and for the first time, I had an opportunity to read the earliest issues of The Amazing Spider-Man.  I’d always liked Spidey’s costume and power set, but I was turned off by the never-ending sob story that was Peter Parker’s life by the 1970s.  Nevertheless, I took a chance on these little books and was blown away. 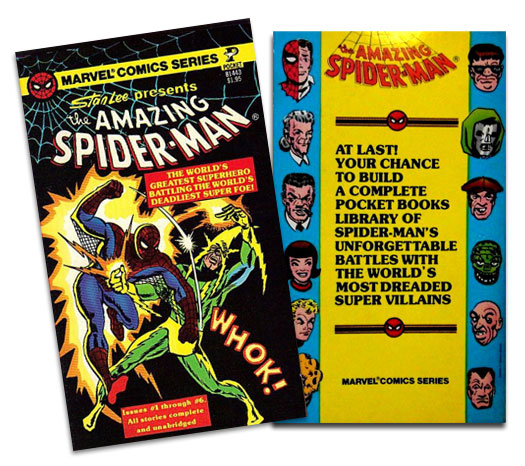 The earliest Spidey stories, I learned, were inventive, energetic and delightfully quirky.  A lot of that came from Stan Lee’s distinctive flair for witty dialog, but it was Ditko’s art that signaled this was not your average superhero book.  Where other heroes flexed massive chests and biceps and stood around with their fists on their hips, Spidey was a spindly little teenager who moved in spider-like ways that made him equal parts “cool” and “icky.”  He had a degree of super-strength, but he didn’t plant his feet on the ground and deliver haymakers; he did back-flips and somersaults and stood on the ceiling to punch down at you.  And while Lee and Ditko’s Peter Parker had problems, they often had a sense of the absurd about them, making the book seem almost like a spoof of the superhero genre.  Unlike Bruce Wayne and a host of other millionaire playboy heroes, Pete had to worry about paying the rent.  Superman had a Fortress of Solitude, but Pete was relegated to a cramped room in his Aunt’s house that afforded little privacy. Batman had a cave full of costumes for every occasion, but Pete had just one and he had to sew it himself.  When he lost it, he had to borrow a copy from a costume shop, only to find it didn’t fit and had to be held together with webbing.  When Ditko left the book, Pete’s problems persisted — and multiplied — but that sense of the absurd left, replaced with soap-opera melodrama.  Pete turned movie-star handsome, pretty girls filled the book and in short order, Spidey was as muscular and hunky as any other superhero.  Everything looked glossy and beautiful, but the soul of the feature was forever altered. 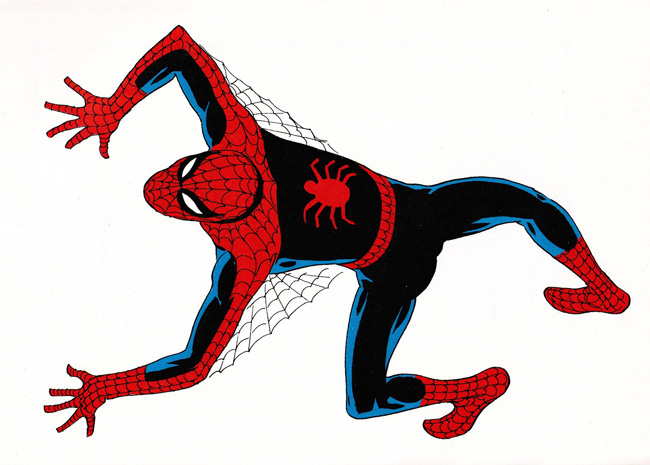 Those little Pocket Books also introduced me to the earliest adventures of what would become my favorite Marvel character, Dr. Strange.  Dealing with sorcery, demons, nightmares and journeys to dimensions unbound by earthly rules of logic or physics. these stories gave Ditko’s imagination free reign.  Doc’s expressive hand gestures and the swirling, pulsing, crackling light effects they generated created a sort of guidebook for future artists tasked with illustrating “magic.”  His trippy extra-dimensional landscapes were equally definitive; with no “ground” to stand on, characters moved about on pathways that hung in the air like unfurled scarves, meandering at times through the disembodied jaws of serpents to little “islands” that seemed to be melting away like warm ice cream, while the “skies” were filled with spheres sprouting slithering tendrils of who-knows-what.  In Ditko’s hands, landscapes seemed not only alive but predatory. 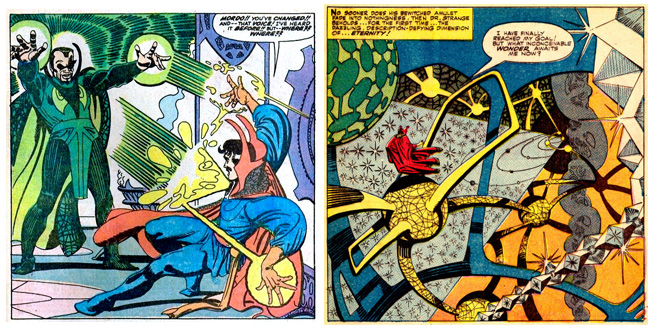 Years later, I would buy this material again as a hardbound “Marvel Masterwork,” and then again as a “Marvel Omnibus.” And odds are the next format it’s released in, I’ll buy it again.

When he left Marvel after a dispute that will forever be shrouded in mystery (because he thought it was none of our business, and didn’t care if we were on his side), Ditko went to Charlton Comics long enough to revamp Blue Beetle with a new man behind the mask and a new costume as eye-catching as its predecessor was deadly dull.  Like Spidey’s costume and Strange’s, it remains in use to this day, fully 50 years after Ditko designed it, and despite the fickle tastes of changing fandom. 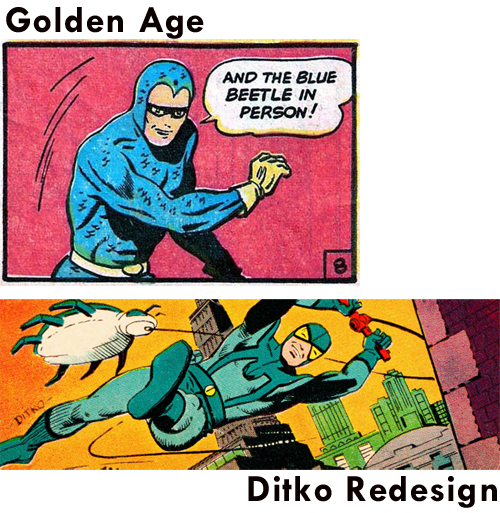 Designing enduring costumes was something of a specialty for Ditko.  Somewhere along the way, he also re-imagined Jack Kirby’s clunky, “walking tank” version of Iron Man with the streamlined red-and-gold armor that has survived, with variations, through decades of comics and films. 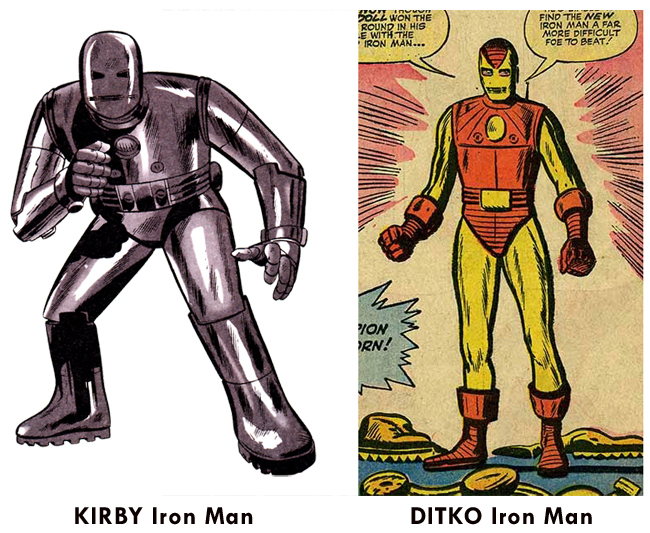 In fact it’s fair to say that no matter what “superstar” artist works on Ditko’s creations, whether it’s Spidey or Strange or the Creeper or Blue Beetle or The Question, there always remains some intrinsic “something” that draws a straight line back to the creator.  His fingerprints are unmistakable.

On the flip side, there is also the matter of Ditko’s politics, or maybe I should say his worldview.  As a devoted admirer of Ayn Rand, Ditko’s most personal works reflected his Objectivist beliefs, most notably in the form of his self-owned character “Mr A,” who saw life in black and white with no shades of gray.  In his first story, Mr A refuses to save the life of a villain about to fall to his death, noting that “to have any sympathy for a killer is an insult to their victims.”  To put it mildly, this sort of approach proved divisive in fandom, but it’s pretty clear the mind behind this material isn’t interested in seeking approval from anyone. 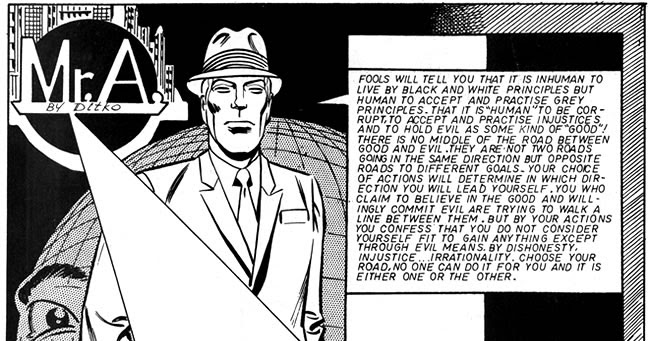 Apparently, Ditko died as he’d lived: alone and in privacy; as much as two days may have passed before anyone realized he’d expired. I can’t help but feel sad about that.  But then, the only way I’d ever “known” him was through his work, stories that are still on my shelf to be pulled down from time to time and be found exactly the way I remember them. So in a way, I guess nothing’s really changed much for me.  But somehow, it was cool to know that holed up in a little apartment somewhere was a genius artist who changed pop culture with his talent, then disappeared because he felt like it; a guy who valued his own personal belief system more than applause and fame. To some folks, that would make him kind of a nut, but then guys who think like the rest of the world are never going to give us something like Spider-Man or Dr Strange.  And even if he wasn’t the type to mingle or grant interviews or show up at premieres of multi-million dollar films based on his creations, he somehow seemed paradoxically “there” all my life.  Knowing that he’s not anymore makes the world feel a little emptier.

Anyway, whatever dimension he’s moved on to, I hope he’s at peace. 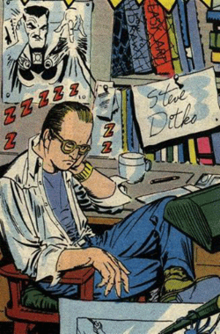