The city of Los Angeles arranged a nice tribute to Adam West yesterday, flashing the bat-signal on the side of City Hall. 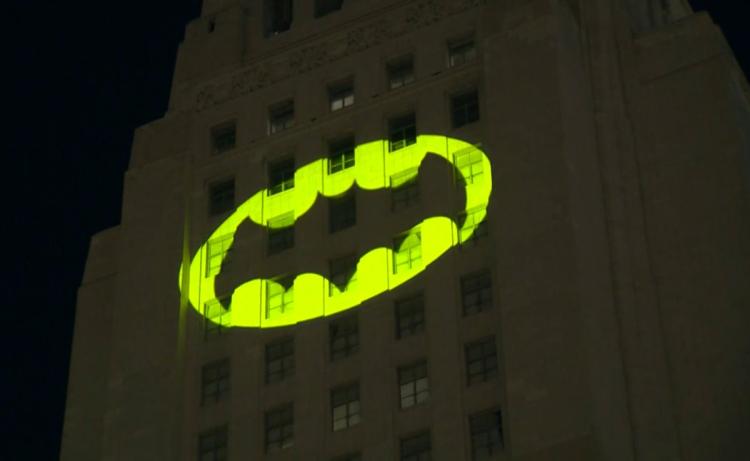 The cool part is they got the symbol right: there have been several iterations over the years, but this one matches the one on West’s costume (on the show, the shape of the projected signal was different, but why quibble?).

What makes it doubly awesome, though, is that LA City Hall doubled for the Daily Planet starting with the second season the old “Adventures of Superman” TV show, making for a cool, if probably unintentional, cross-reference.  Wish I could’ve seen it in person. 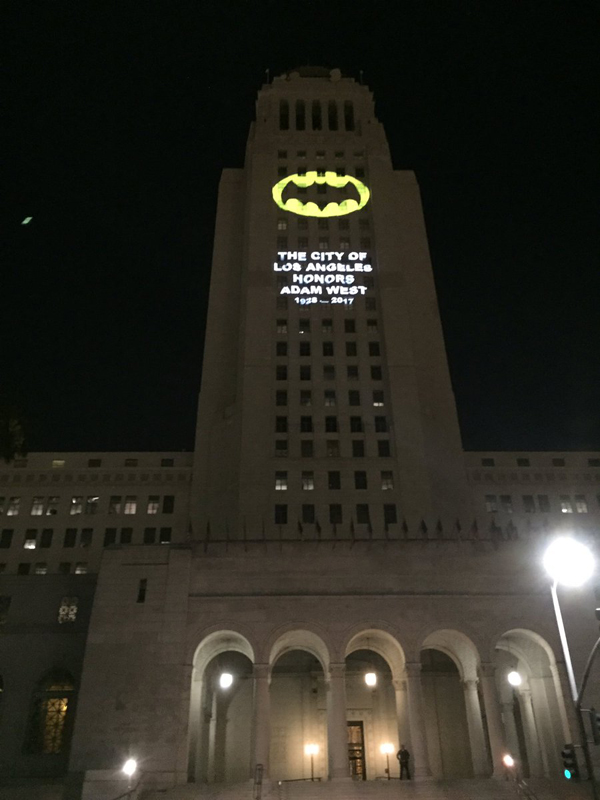