The kids continue to be obsessed with chess, and they’re getting better all the time.  This past Monday, they participated in a simultaneous chess demonstration with Grandmaster Sergey Erenburg at the Maggie Walker Governor’s School.  There were about 50 kids (and a few adults) of all ages competing against the Grandmaster in simultaneous games, which was pretty cool to watch. 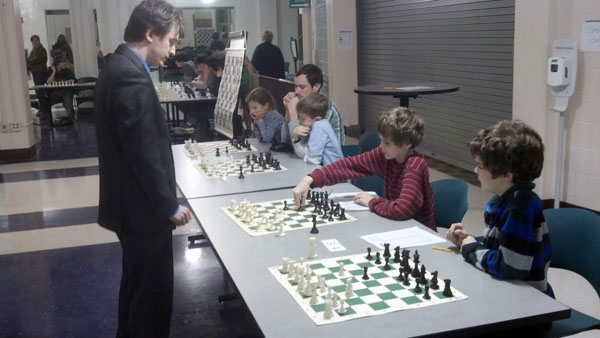 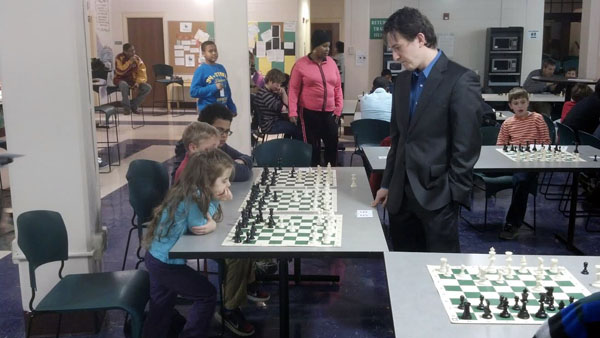 Scott and Grace made a good showing, but Jason surprised us by outlasting all the other competitors and hanging on for 48 moves.  By the end, the crowd had thinned out considerably (hungry kids and tired parents eager to head out as soon as their games finished!) but most of those still around gathered at Jason’s board to watch the end game.  I don’t know from chess but I understand from one of the coaches that Jason had a shot at taking the game at one point. 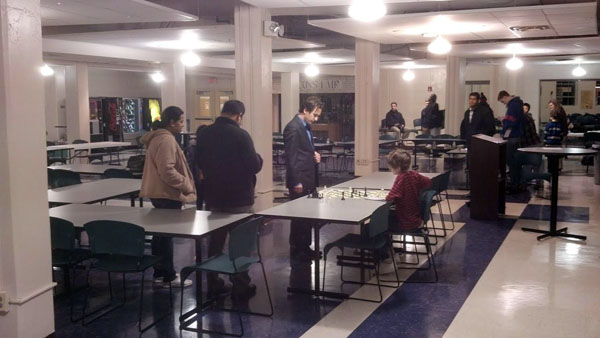 There was a photographer there from the Times-Dispatch, but when the story went to print it wasn’t Jason who got the spotlight (the photographer left early on) but Grace.  She was featured on the front of the “Metro” section in a big color image.

Thursday night was Chess Night at “Stuffy’s” sub shop on the VCU campus and Laura took Jason as usual.  While they were there, the simul was a topic of discussion among the players, who were put out that the newspaper devoted  just a blurb to the game and even then elected not to run a photo of the Grandmaster, who after all was the star of the show.  “All they had was a picture of that little girl,” they griped.

“Well,” offered Laura, “that’s probably because the little girl is so cute.”